Deprecated: Methods with the same name as their class will not be constructors in a future version of PHP; epa_stock_meta has a deprecated constructor in /home/cluster-sites/3/e/epaclassics.com/public_html/wp-content/themes/epa-classic/functions.php on line 218 EPA CLASSICS

Export Parts Agency was first established in the late 1970’s as a supplier of new and second hand Rolls Royce and Bentley spare parts and automobilia, a specialist company supplying worldwide classic car parts, books, badges, mascots etc., I was appointed overall manager in 1983. Purchased the company in 1985 from the Cord Automotive group, this group included Paradise Garage, Gurney Nutting Ltd. and Transdex International shipping company. I Increased turnover tenfold to £300,000 and expanded company with car sales, mechanical workshops and restoration management. In the late 1980’s I re-established Thrupp & Maberly Ltd. A coachbuilding company that was first established in 1858 to take over the Classic car sales and brokerage, this was built it up as part of Export Parts Agency Ltd. then I sold the majority of the shares of the expanded company and moved it to an eighteen car showrooms in Belgravia, London. Export Parts Agency Ltd ceased trading in the mid 1990’s and was sold to another Rolls-Royce and Bentley parts specialists in the early 2000’s. Re-established in 2010 as EPA Classics to oversee a small storage facticity in Berkshire which has how expanded to the services it provides today to private collectors, museums, auction houses and classic car dealers; these services include Classic Car Sales, International Brokerage, Auction consultancy, Classic Car Valuations, Restoration management. Car research including registration and documentation, Classic Car parts and automobila.

I started with cars from an early age, often spending time at my Uncle’s garage in Whitton, Middlesex. At fifteen I had a Saturday job cleaning Classic Cars for a hire firm (one of the owners at that time is a very well-known musician). In 1975 I took a summer holiday job with Delta Motors, a Rolls-Royce and Bentley specialists, I never went back to college, over the next two years I learnt a lot about the mechanics of these cars, collected parts and ran the reception. Taken over by The Clarendon Carriage Co. Ltd. were I became a general dogsbody, very junior salesman and looked after pre and post sale car preparation. Clarendon’s bought Coys of Kensington where my responsibilities were expanded to research and curator of a private motor car collection comprising of over sixty cars. In 1983 I was appointed overall manager of Export Parts Agency Rolls-Royce and Bentley spare parts company and two years later purchased Export Parts Agency Ltd. from the Cord Automotive Group. At this spare parts and automobila specialist company supplying worldwide car parts, books, badges, mascots etc. over the next four years I Increased turnover tenfold to £300,000 a year and expanded company with car sales, mechanical workshops and restoration management. In the late 1980’s I re-established Thrupp & Maberly Ltd., a very old coachbuilding company that was first established in 1858 moved the classic car sales and brokerage into this company, I built it up as part of Export Parts Agency Ltd. then expanded company and sold the majority of the shares so it could move to an 18 car showrooms in Belgravia, London and in 1990 the company was bought by one of London’s leading classic car companies of that time. In the mid 1990’s I started Classic Car Data Ltd. An Internet company for the classic/sports car industry and enthusiasts. Over three years I, with my former technical partners developed http://www.ccdata.com the most comprehensive worldwide directories listing transport and motor racing clubs, dealers, specialists and museums. Also on-line cars for-sale, parts, books and event calendars. At its peak, with direct marketing and customer management the CCData site received over 1/2 million hits a month and the plans of Classic Car Data was to sell via the Internet insurance, warranties, security and other related services and to that end I was negotiating with companies like AON Risk Services and Warranties Holdings Ltd., web site creation was to be another feature and I developed the technical concepts for car dealers, bookshops and part suppliers. I am sorry to say it was ten years to soon.

At the end of the 1990’s I incorporated European Prestige Automobiles Ltd. for classic car sales, international car brokerage and classic car business consultants and as such I acted as advisor to auction companies, restoration specialist and classic car sales companies in all aspects of business management, marketing and valuations. I supplied spare parts and automobila to leading U.K. classic car companies and to customers worldwide and set up and organised spare parts stores for two leading independent Rolls-Royce specialists. I was also involved with the development and project management of a specialist Internet sites with e-commerce, including a project for a prominent Rolls-Royce and Bentley parts supplier, also created ClubMaster2000, a database software system for the administration and management of clubs and associations. This multi-functional system used by the Lagonda Club.

Between 2004 and 2009 I worked in the main stream car world which included working at Volvo main agents then with two Peugeot agents in the Reading, Berkshire area. Between 2009 and 2011 I worked for Hofmanns of Henley as Vintage and Classic Car Department Head, specialists in classic Rolls-Royce, Bentley, Aston Martin and Jaguar motorcars, as department head I oversaw the day-to-day operation of the service / restoration shops including health and safety, workshop administration and workshop facilities. I look after the workshop operations, dealing with customers and their concerns and complaints. I was project manager taking control of the restoration projects with budgets in excess of £100,000. I set up the classic car sales department. Located cars for sale, negotiated purchase price, set up web marketing and arrange trade stands and attend classic car shows. In 2011 I was given the opportunity to work for Historics at Brooklands, at that time a fledgling classic car auction company that has its auctions at the famous Brooklands Motor Museum, Weybridge, Surrey. Over the next four and half years I was involved in helping to bring this auction house to be one of the top houses in the UK. This included the development of a Newsletter which is one of the items that has maintained an over 70% sale rate. Put in administrative systems to speed up and make more accurate the pre-auction administration and catalogue production. From 2016 I became independent from Historics and reestablished Export Parts Agency Ltd, trading as EPA Classics and I am still acting as a consultant and agent for Historics Auctioneers and as such as far as the customers that deal with me there is no difference to the service that EPA Classics provides. 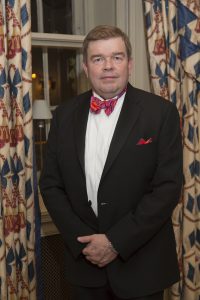